There are as many stories and reasons for the decision to come to live in this house as there are inhabitants. Perhaps I could begin by telling you very shortly, what made me take this step, because some reasons are very common.

My husband died more than 16 years ago and one year later I got retired. I was then 61 years old and still in good health. So I was living alone some years and in the long lonely days I often thought what if I still am alive after 20 years. Is it always going to be like this? I still was willing to do something useful.

In the year 2000 I heard for the first time of an Association called Active Seniors, which had been establishes at August 2000 and I began to follow, what they planned. Afterwards I got to know, that there were 4 women, who before the Millennium began to think other alternatives to live in the late ages than their sad examples of relatives of their own. Their message was simple. Senior citizens should be active and take their life and welfare in their own hands. They should take this step even before they get old and weak. The Association had an idea to build a house where people could live and work together, give to each other company and support. The example came from Stockholm, where a similar house had been already over 10 years – now over 20 years and still going strong. The target was to keep seniors as long as possible both mentally and physically fit. This should make it possible to postpone the need of municipal help and this way to reduce the costs of society. I myself realised that the movements between the ears are as important as the movements of the body, even more important. Every kind of activity, also development and learning in the late ages is possible.

Carpe diem. 4 years later, in 2004, I saw an advertisement where they offered the membership in the Association and some free flats in the house called Loppukiri, in English End Spurt or in sports terms Sprint. I sent my application and was invited to the interview. Surprisingly, after some days I was a member and an owner of a new home. Soon I found myself also in the board of the Association as a secretary and was involved with various planning groups and committees. There was hardly a day, when I had nothing to do.

After 6 years hard work, hundreds of volunteer hours and enthusiastic idealism the house was ready. Remarkable enough, the main participants were women. The architect, the engineers of building and financing companies and the volunteers of Active Seniors were mostly women. This house is an achievement of female power, aunt energy.

Here are some details of the house. We moved in at April 2006. There are 58 flats in 6 floors in the house. The size varies between 36 and 80 square metres. The total living square metres are about 3115 and the middle size is about 55 square metres including living room, kitchen and one bedroom. The flats are well equipped with full kitchens, balconies, nice parquet floors etc. In the 7th floor there are 2 saunas with a fireplace room and a wide terrace with a view over the sea and the city. The dining room for 80 persons, laundry, library, office, gymnastics room and guest room belong also to the common spaces of the house.

Loppukiri is a housing corporation and so the inhabitants are shareholders of their flats except one flat, which is property of the City of Helsinki. The site of this house is a property of Helsinki and the rent of the site is included to the common costs of the monthly care takings of the building. Because we take care of the housecleaning these costs are lower than average. 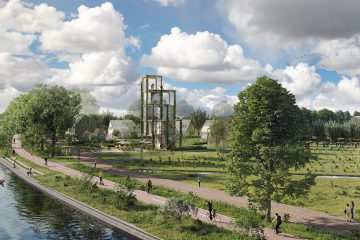 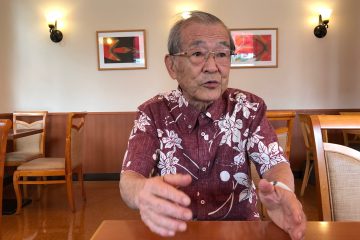 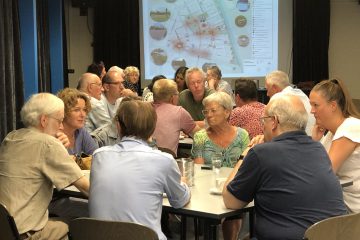